The first one I did was the Chinese Kung Fu-themed one. This involves an old man who is the last practitioner of a martial arts technique you get to name. I went with 邪悪闇拳 "Evil Darkness Fist". The first thing you have to do is go out and find three disciples. 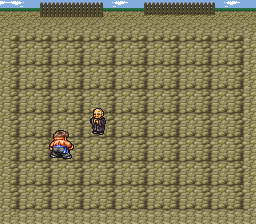 The disciples are a fat guy who likes eating, an orphan thief girl, and a boy who wants to learn. The next part of the chapter has you fighting training battles with them. Each battle increases the disciples' stats and levels. Here's where I messed up the first time I tried it. The disciples will learn techniques that you use on them. Also the only disciple you will actually control is the one you train with the most, and they have to fight the final boss on their own. Since none of this is stated, I split my training evenly among all the disciples and didn't bother using a variety of techniques on them. This left me with an underlevelled disciple with almost no techniques against the final boss. 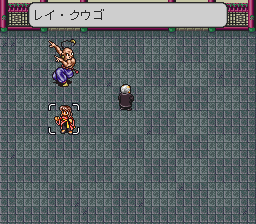 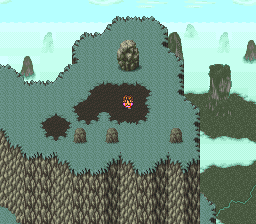 When I restarted, I did all the training with Lin (the thief girl) and made sure to use all the techniques on her. With that done, the final boss was quite easy. But everyone else dies.

Next I did the "modern" story, which is structured like a fighting game. You play Masaru who has to fight six different guys and then the final boss. It's a pretty short chapter. 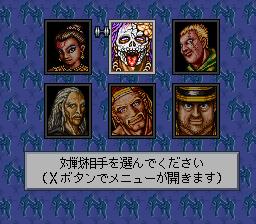 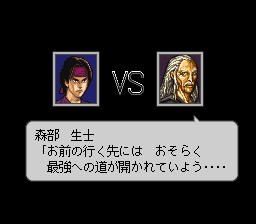 In addition to beating them, you want to learn their techniques by getting hit by them (this time they tell you in the intro that this will happen). This whole chapter is just another instance of controlling your positioning to make sure the enemies use or don't use their techniques. The Hulk Hogan ripoff is the hardest one, even harder than the final boss.

I continued in chronological order, so next was the "near future" story which is a parody of Kamen Rider and Mazinger Z-like stories. Akira lives in an orphanage of some sort in a town where there is a motorcycle gang running around causing trouble. He has psychic abilities, and you can press Y to read the thoughts of people nearby. 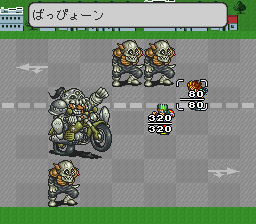 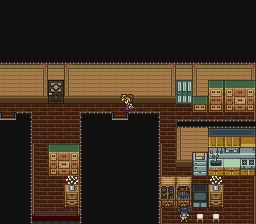 A mad scientist in town is working on trying to revive "Buriki Daioh", an ancient giant robot that ran on psychic ability. But Akira isn't strong enough to revive it. It's up to a motorcycle riding friend (and crush of one of the orphanage workers) to activate it, but die in the process. 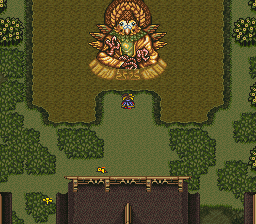 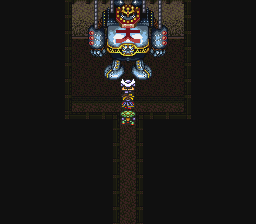 The boss is a weird parrot deity, another anagram of Odio. You fight it with the giant robot and it's a fairly easy fight.

The last character is a robot, on a ship returning to earth. This is an interesting chapter because there are no battles other than the final one (and an optional "arcade game"). Your character is a constructed robot. This has a 2001 or Aliens feel to it, taking place on a small ship with a group of people that were in cold sleep and have been revived. There are mysterious deaths, betrayals, a monster, and other elements. 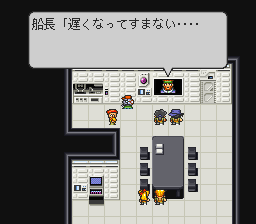 It's sometimes hard to figure out what to do next (this is problematic for the whole game, but especially in this scenario). But eventually we solve the problem in a 2001-style ending.

Now all 7 scenarios have been completed, and I was presented with an 8th scenario -- the "medieval" story, starring a knight Olsted. 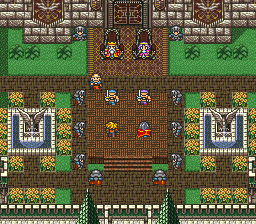 Olsted starts off in a duel with his friend Strongbow to gain the hand of the princess. He wins, but a dark spirit appears and kidnaps the princess -- it seems to be the Devil King revived. So Olsted has to track down the former heroes that defeated the Devil King before and do the job once again. Unfortunately the hero has grown so bitter towards humans that he stopped caring, but we're able to revive his spirit and head to the Forbidden Land. 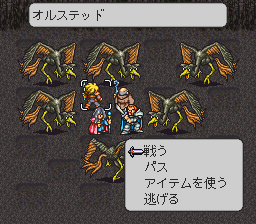 In the Forbidden Land we encounter the dark shade of the Devil King. But once defeated, the princess is nowhere to be seen, and the former hero says it's not him -- but then he dies. The castle starts crumbling, and Strongbow sacrifices himself to let us escape. Back in the castle, people suspect Olsted of killing the hero, and when a dark spirit comes out of the King, Olsted defeats the spirit and the king dies. Now everyone thinks Olsted is the Devil King. He goes back to the forbidden land and finds out that Strongbow intentionally pushed us out so that he could go save the princess in a hidden passage. Olsted defeats Strongbow, and the princess kills herself in despair. Olsted then decides that there is no Devil King, but he will become the Devil King -- Odio.

If you choose Olsted, you get to play the bosses of all 7 chapters and kill the heroes (in easy forms). If any of them are beating you, you get to use a hidden command Armageddon that destroys everything. But even if you win all the fights, it just says SAD END. 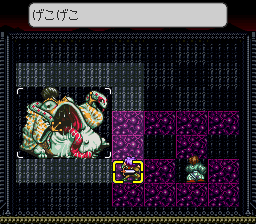 Now if you choose another character you get the last chapter. I did not like the final chapter; it was pretty bereft of any direction, and the random encounter rate shoots up way too high. The idea is that you go around and find the characters you want to recruit. There are then dungeons, one for each character, that have their strongest weapon and other treasures. If you recruit all 7 characters at least once you get the "best" ending but from what I can tell, the best ending is only graphically different from the regular one.

Once you've done as much as you want in the dungeons (which are all optional) it's time to go to the Forbidden Land and fight the last boss. I read that it's necessary to have Angel equipment to protect against petrify, but I didn't get any of it and I didn't think the final boss was very hard. 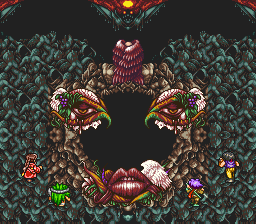 The ending is rather short -- Olsted realizes he forgot he was human, and dies, warning us that anyone can become a Demon King. But as far as I could tell there's no explanation for why different forms of his were in various worlds or how we all got to the final chapter. The rest of the ending shows everyone back in their time periods, back to their lives. 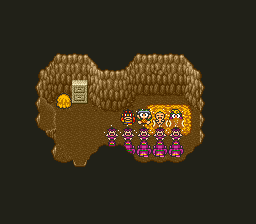 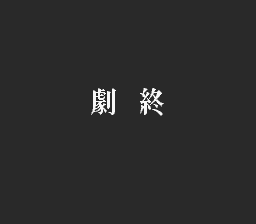 Without the last chapter I thought this was a pretty good game -- I liked the variety in the stories and gameplay, and it has great music. The battle system is fun. But the last chapter is a disappointing conclusion to the story and the gameplay. There is a lot of replayability, with all the optional stuff you can do in the chapters, the different choices of protagonist, and such.

Next up is supposed to be Wizap! King of Darkness. But I tried playing it and I couldn't make heads or tails of the game -- I ordered a copy from ebay but I'm going to swap the order and play Down the World next.