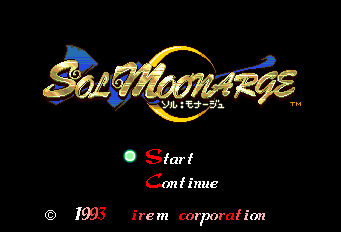 1994 begins with a PC Engine game. IREM created this game by soliciting ideas from fans in their magazine, but apparently due to problems with IREM, it was delayed several times. Wikipedia says that few copies were sold but it's available on ebay for a low price so I don't know if that's accurate.

The game begins with a montage showing various scenes and characters. 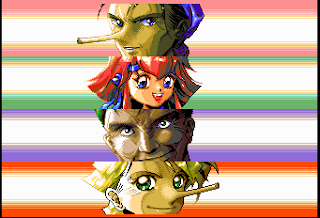 Then the game begins with the hero Soreil, the first one in that collage above. I don't know why his nose is so long; there's no explanation in the game but maybe in the instruction manual? Anyway, Soreil is a knight and his mother delivers a message from the king, who sends him on a mission to find Sarj, a seer who is missing from the castle along with the Sword of Light. 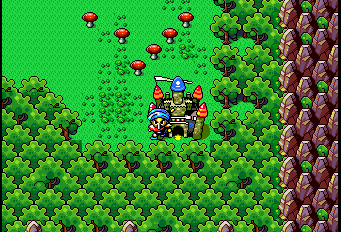 The graphics are large and colorful; I would say that's one of the strong points of this game despite the design of the main character. Unfortunately it suffers from the usual drawbacks of a very high random encounter rate and a cookie cutter AMID battle system. 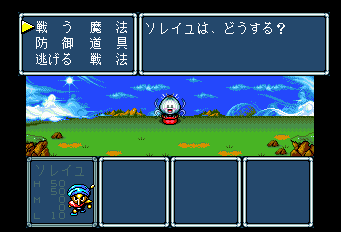 One distinctive feature is that your level up bonuses are dependent on what you do in battle, but even so the magic users are so limited in MP that they basically can't be used outside of boss battles. You gain magic by equipping items on characters, and you can select how much MP to spend on the spell to control its power.

Soreil gets a lead on Sarj but then has to save some villagers from a thieves' tower. This requires a lot of grinding because Soreil is by himself. You need plenty of herbs and antidotes.

Oh, you can also peek in on someone bathing and get the 1990s style ero-graphics:


As a side note, I wonder when nipples became verboten? There are plenty of 80's and early 90s anime that have nipples in them but at some point during the 90s (I think) it was no longer acceptable in normal video games or manga/anime intended for kids. 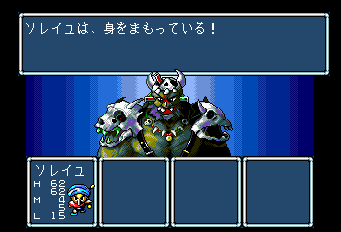 The boss builds up power and then attacks, so you just defend a lot and heal/attack until you win. A girl named Mappy joins you, and she's able to read some writing in Sarj's room that says where he went, so we're off to the northern mountain. 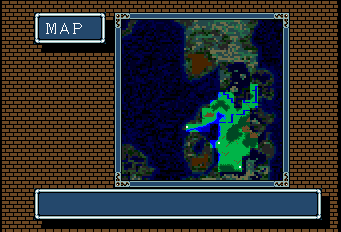 We meet Sarj, who gives Soreil the Light Sword and tells him that they need to protect the Magic Seed because an evil person named Silver is trying to use it for nefarious purposes. Silver shows up and kills Sarj, but not before he can teleport us all away. Soreil is back alone, in the Moon Temple with two goddesses. They immediately get captured by Silver, and Soreil goes after them. 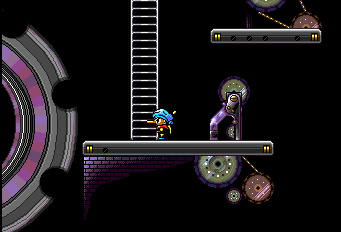 The dungeon design is pretty good; all the dungeons look different and have various special features about them (in this case the gears carry you around to different places). 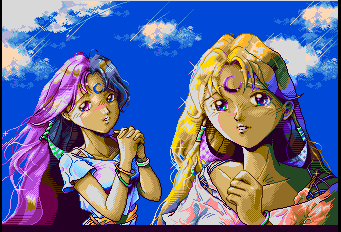 Soreil beats Silver, but one of the goddesses is captured. Soreil has to nurse the other one back to health, and they fall in love and have a child. Now the story moves ahead 16 years to Soreil's son Sonia. Soreil has disappeared looking for the other goddess and Silver, who is apparently still trying to use the Magic Seed. 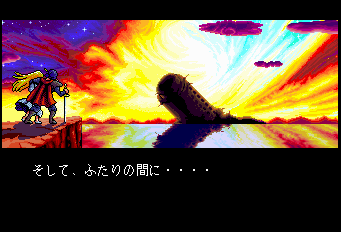 Sonia tries to go to the castle but is blocked; it seems that a seer named Black with the same long nose as Soreil and Sonia has bewitched the king. Sonia has to go to the thief tower again to get a chest that Black is interested in to get access to the castle, but once he does that, Black captures him and a girl, shrinks them, and leaves them as a plaything for the Princess, who turns out to be the other goddess. 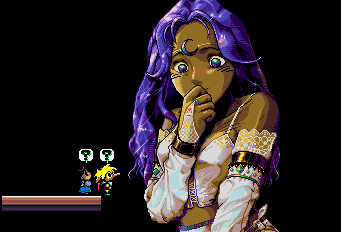 She tells us that if we find the magic mirror that Black is using it can turn us back into full size. 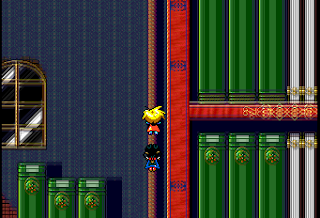 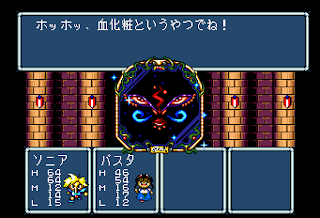 The mirror reflects our characters, and when one is reflected that character takes half the damage that is dealt to the mirror. But a lot of healing herbs solve the problem.

Apparently this is about 1/3 through the game. The graphics and the dungeon design are interesting, and there are some notable things about the system. But overall it's just too grindy and the system fundamentals too basic.