I started the game over and made it to world 3 with the Blue and Red dragons this time. The "feed" part was still annoying -- I saved every single monster I fought up to that scene and I still ended up having to grind another 100-150 monster corpses. I get the idea of feeding your baby dragons, but did they have to make it that much?

World 3 is a lava world. As usual Amrita screwed things up by stealing their Sisilla Drops that they use to freeze the lava, so we have to get those first. Afterwards we actually catch a glimpse of Amrita at an inn, but before we wake up she leaves, leaving behind a note telling us not to follow her. Heading on we come to the Dragon Guild for this world, which (surprise) has been destroyed by Amrita, who was trying to find out something about the dragons. Most of this world is taken up by a large dungeon (Asura's dungeon) that is done in parts. The minotaur dungeon is especially good because you fight one at a time, they're easy, and they give big XP. 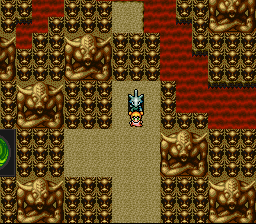 World 4 is a water world, and it's been totally flooded. The water areas have annoying catfish monsters that poison you, and you can't run from them. Eventually we have to get diving equipment to go under the sea to various temples. Finally here we meet Amrita for the first time. 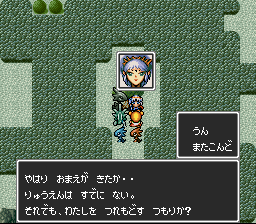 She reminds us that it's pointless to try to take her in since the previous worlds no longer exist. She's not going to fight us, but if we want to find out what would make her betray the guild we should keep following her up the worlds. Later we meet Pannaga, a god of some kind. Amrita came to him to find out why dragons were born in the first place, but he has no idea. This seems to be something she was searching for at the Guilds as well. 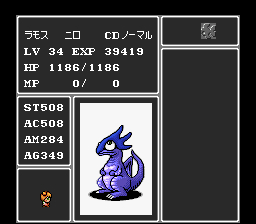 World 5 is a wind world. The baby dragons finally grow some wings, and with a flight helmet our main character is able to fly on the dragons as long as they leave from a helipad or dragon catapult. 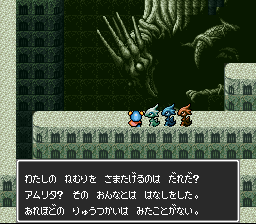 Another sleeping Dragon, a god like creature, says that Amrita asked her the same questions about dragons. She's also been among some of the Wind Dragon Riders turning them against the Guild.

World 6 has a colosseum and you have to exchange your Rupees for Megarupees, so try to save some selling items and monster corpses. 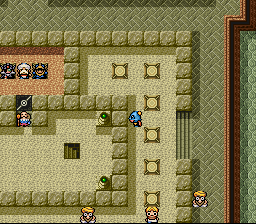 You have to win 8 battles to proceed (though not all at once). Some walkthroughs claim you have to be alone to do this, but this isn't actually the case. You do have to be alone to register, but once you've done that you can recover your dragons and fight. I only found this out because the final fight is nearly impossible alone because of the Sleep status all the enemies inflict.

Next we find that Dragon Knights and Dragonriders are in conflict on this world and are constantly fighting each other. After being accepted by the Dragon Knights, Kurisu becomes a girl in the King's harem, but after escaping, the two sides attack each other leaving every place open for looting (tons of treasure chests!) 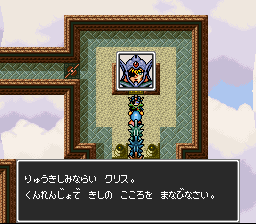 World 7 is interesting. All it is is a long tower with eight Haratama restaurants. Six of them represent the previous worlds, and you learn how each one was destroyed after you left it. After that, going back to them you see a replay of Amrita visiting them, and learn more about her. Apparently the Guild tried to destroy her black dragon, which is why she fought back against them. The Guild has been framing her for all the bad stuff that happened on each world. But she herself believes there might be something wrong with her dragon, but how could a dragon master kill her own dragon?

World 8 is the last one. It's a sequence of areas that are mostly various kinds of mazes. 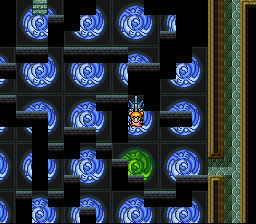 Amrita is at the end. She was impossible when I fought her at first, looking at a walkthrough I found that you should be at least level 55 by this point, I was at 41. With the tedious battle system of this game there was no way I was going to grind that many levels, so I used a code -- unfortunately the only code I could find was a level 99 one, so the last two fights were very easy. 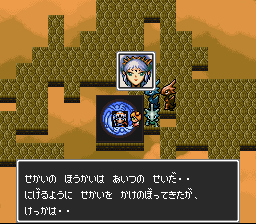 Amrita's worst fears have come to pass -- her black dragon will become the Chaos Dragon, who is responsible for the destruction of the worlds so far and will eventually destroy everything. After fighting you to make sure you're strong enough, she asks you to kill the Chaos Dragon for her. 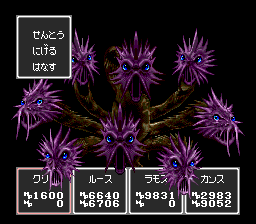 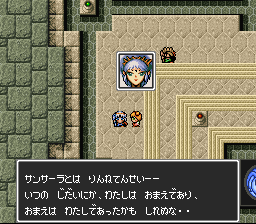 After the fight, you're suddenly back in the first town, but now the main character is named Ruth. Amrita is there. Canth and Ramoth (my baby dragons) have been reincarnated as people, and Al Sinha (who helped us throughout the game) is a cow. Once again, Ruth had been found clutching an egg -- the egg hatches, and the white dragon Kurisu is born. Roll credits. 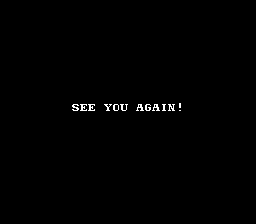 The story and world are pretty interesting in this game, although I would have liked them to flesh out the ending a bit more. The graphics are ugly, as I said before.

But the big problem, as usual, is the battle system. The battles are just so slow and plodding, the grunt monsters so strong, and the random encounter rate so high, that the game becomes a chore to play. I ran from most of the fights in the last few worlds and used a code to strengthen my guys; I would have never finished this game on a real console.

Also the equipment breaking system is incredibly annoying and totally unnecessary; I don't know what the designers thought it added to the game.

No more Samsara Naga games were made, but in 2001, the first two games were remade for Game Boy Advance. The graphics are a lot better and the interface looks better too, but I don't know if any of the fundamental problems of the battle system were addressed.

Posted by Kurisu at 4:43 PM No comments:

I just finished Tactics Ogre, and restarted Samsara Naga 2. I'm going to use a cheat code to get the necessary monster corpses to pass that stupid baby feeding part, but hopefully I can quickly get back to World 3 with the correct dragon combination, and can make an update next weekend.