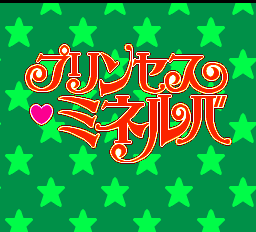 This is another game that started out for Japanese PCs (in 1992) and then had ports to both the PC Engine and Super Famicom. The SFC version has a translation patch. It seems like it's mostly the same game except that some of the dungeons are differently laid out (and they added some new ones). The PCE also has voice and some animated cutscenes that are not in the SFC version.

I've noticed a trend that the Japanese computer RPGs don't just copy Dragon Quest II but usually have some innovation in the system -- it doesn't always work, but at least they tried. Princess Minerva is no exception. It also has a large amount of fan service -- I don't know how much of this survives into the SFC version, but I probably can't even provide some of the PCE version pictures unless I want the blog to be 18+. 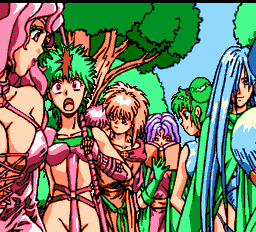 The game opens with them all in a bath. 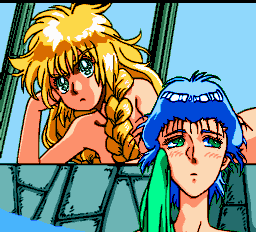 Minerva is bored, but just then an arrow shoots through the room with a letter, from someone named Dynaster, who has sent out her minions to all the areas of the kingdom, turning girls into monsters. She challenges Minerva to stop her, and thus the quest begins. 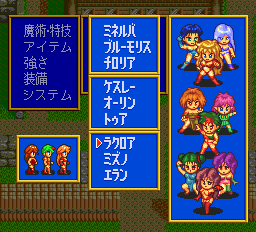 As the story indicates, you have 9 party members. You organize them in groups of 3, and in a random encounter it randomly picks one of the groups, with the top one the most likely. Although having 9 members might seem cumbersome, the interface for equipping and buying things is very clean and easy to use, and makes it smoother than a lot of the games I've played that only have 3 or 4 characters. This also means you can make greater use of everyone's magic and skills, partly because the drain is spread around to all the units, but also because tents and sleeping bags are fairly cheap (and can be used in dungeons). 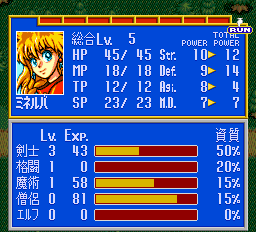 Each character has five different areas to gain XP -- Sword, hand-to-hand, magic, priest, and elf. Each character has their own specialty; you can see Minerva's percentages in the shot above. When you gain XP in a battle, the percentages determine the chance of that XP going to a particular skill. So Minerva has a 50% chance of the XP going to Sword, and only a 15% chance of it going to Priest. When any of the bars fills up, the character gains a skill level and an overall level. The skill level determines learning new skills and magic, and also what armor and weapons can be equipped. The overall level raises the stats, HP, and MP depending on what kind of level was gained (e.g. a priest level gets more MP than a Sword level). There are a few caves in the game where you can drink water to change the percentages, but these are not common. 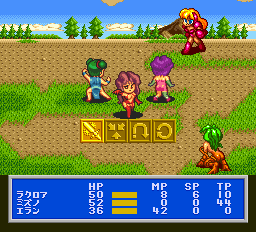 Battles are vs. 1-4 enemies (all the enemies are girls, often nude or scantily clad). You can attack or use abilities, do a combined attack, and the last option is to repeat the actions from last turn, which is a convenient addition. 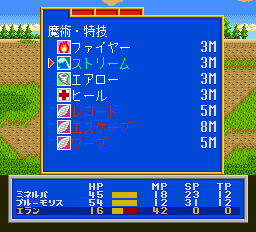 The skills can take either MP, SP, or TP.

When you equip a new armor you get a picture: 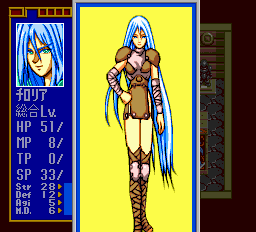 That's probably the least revealing outfit there is; they provide a lot of "cosplay" type outfits like china dress, school swimsuit, leotard, and even "King's Outfit" which is a naked pose. The PC Engine was definitely the main target for this kind of game.

The game is divided into six chapters; I'll just cover chapter 1 on this initial post and then do the rest in the next one so that people can just see an overview of the game if they want. The first four chapters are in the outlying areas where Dynaster sent her minions, beginning with Dream Navi in the Duchy of Tselmat.

The first small quest is to save the commander of the town guard, who is is a small cave. The reward is supposedly 1000 gold, but when we return he acts like he has no idea what we're talking about. 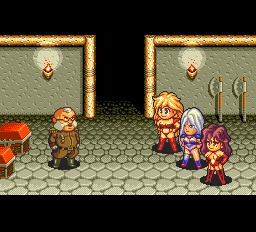 For the boss battles, you either pick a team, as in this case: 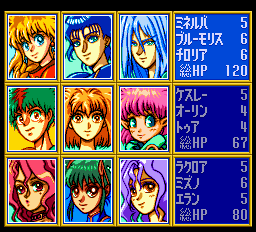 Or for the big boss battles you can choose any three characters.

Whenever Princess Minerva has to deal with one of these evil thieves or commanders, there's a parody of Cutie Honey and other magical girl series where everyone transforms into Cutie Kamen fighters. 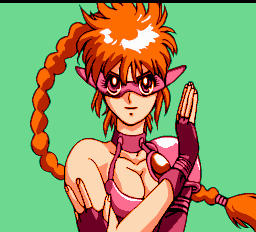 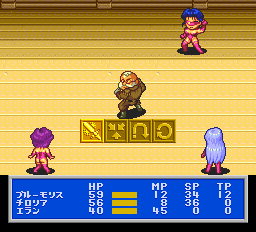 The commander is no problem, and then it's time for a bath scene at the inn. 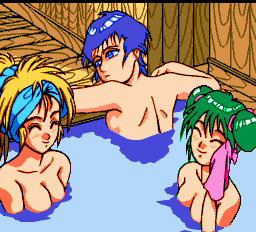 But Dream Navi appears, and kicks the heroine's butts by confusing them in her dream world. 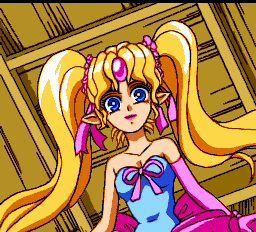 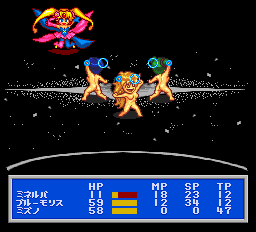 But in usual villain fashion she doesn't kill us here, but tells us to meet her in the No Entry Tower, which is through the No Entry Forest. This requires some intermediate quests to figure out how to make it through the forest, but once we do, it's on to the tower. Fortunately the tower has a recovery spring in front (the walkthrough on GameFAQs makes me think this is not in the SNES version).

Finally at the top of all these dungeons is Dream Navi. 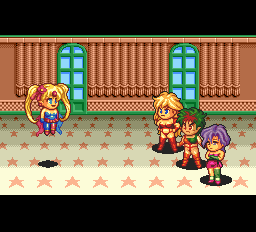 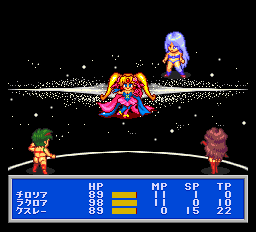 Minerva, Mizuno, and Bluemoris are weak to her confuse attack (the ones in the bath scene), so as long as you pick other people than that it's not too bad. Potions are cheap and you have a ton of money in this early section.

Dream Navi then goes back to Dynaster and announces her failure, and gets punched out of the screen. On to the next land, and chapter 2!

This is definitely one of the best PC Engine RPGs I've played to date; despite being a fanservice game they actually took time to make a decent system and a clean, usable interface. Good for them!