The Reign of the 10th Empress Emerald

Emerald had a short reign; I made a mostly female party to try the Rocbouquet quest, but after getting through the tower the Stone guardian slaughtered me. 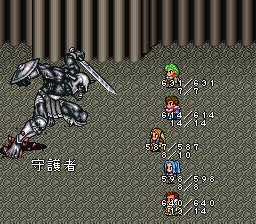 The Reign of the 11th Empress Gertrude

I then decided that my best bet was to go back and try Dantarg again. At this point I started noticing a pattern to some of these bosses -- if you just try them several times, eventually they might not use their high damage spells too many times. I also made sure that everyone had a healing spell so I could at least partially recover from getting hit.

With this in mind I was able to beat Dantarg on my 5th or 6th try. This caused a generation shift.

The Reign of the 12th Emperor Tesshu

And now Tesshu was able to go do the Volcano quest to open up Dark Magic.

This makes a new tower that teaches Dark Magic, which I hope is useful -- I've already started researching some combo magics.

With my success against Dantarg, I decided that Rocboquet was probably the next best bet, since you want to wait for the bridge to break for Subier so that he's not in his more powerful form. Someone on the discord told me that it's fine to just skip the whole ruins quest and fight Rocbouquet at the beginning, which is what I did. 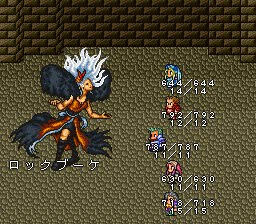 This was basically the same as Dantarg; I just had to try it 5 or 6 times until she didn't use her "hit all" magic attack too many times. Unfortunately I didn't learn the defense against Temptation, which is apparently good for the final boss.

The Reign of the 13th Emperor Aurora

Aurora was short lived because before I beat Subier I wanted to get as many formations as I could (since after you get the Final Emperor you can't learn anymore). This involved suiciding 5 or 6 Emperors but I guess they don't count in the line. Finally Epaminondas appeared, who is basically the same Imperial Guard as Tesshu.

The Reign of the 14th Emperor Epaminondas 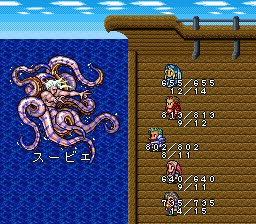 Subier took me about 10 tries, but eventually he didn't use his worst attacks and I beat him.

Now it's time for Kurisu, the Final Emperor. Unfortunately I was not aware that fusion magic research required a generation shift, and that means I don't have Elixir.
Posted by Kurisu at 4:58 PM